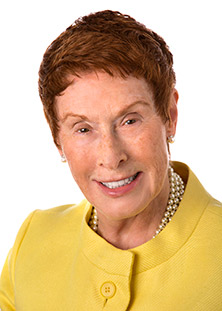 What can be done to prevent war, restore peace and address terrorism in a world that is full of conflict? Food, a basic necessity that many take for granted, has been one powerful tool that has been used to address issues of conflict and violence. Delaware Valley University’s graduate public policy program’s Policy in Practice Series and the Food Systems Institute are proud to present a lecture on the impact of food on war and peace efforts.

On Thursday, Sept. 28, 2017 Dr. Maria Velez de Berliner will present, “Food as a Tool of Diplomacy and as a Weapon of War,” at 6:30 p.m. in the Life Sciences Building auditorium at DelVal. The lecture will be open to the general public at no cost. Guests are encouraged to register in advance.

Dr. Velez de Berliner’s lecture will highlight major global issues impacting food production and availability. She will discuss how food played a role in peace negotiations and conflict resolution in places such as Somalia and South Africa. She will also discuss how food was used as a tool of war in Syria, Venezuela and Israel and Palestine.