Host Nations: A Refugee Simulation is a web-based experiential learning tool. Taking on roles such as Prime Minister, Minister of Labor, or Minister of Health and Human Services, over 600 students around the globe  worked in teams to manage a migrant influx on February 23, 2019.  Delaware Valley was represented by John Simila, Hannah Cornell, Christopher Handy, Ellen Robinson, and Marian Rubin.

Throughout the simulation, the DelVal team was able to notch two medals for their policy adjustments.  In the first round, the country of Durrit ran by the team was able to achieve platinum status in Debt Ceiling.  The team had a surplus of funds and was one of the only initial countries to begin without any debt. 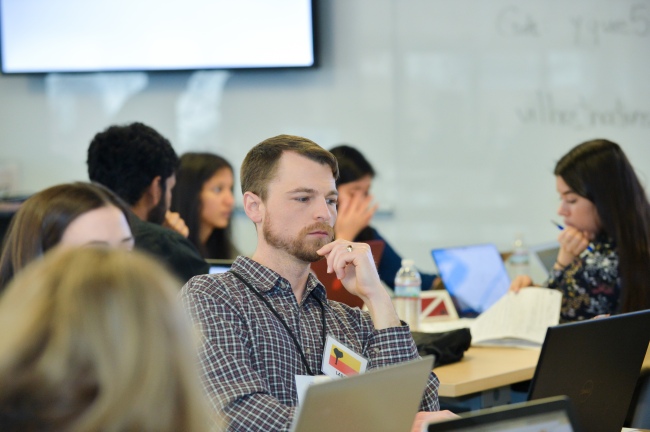 The final round saw the team notch a gold medal for % GDP Growth.  Christopher Handy handled successful negotiations as the delegate for DelVal’s nation of Durrit. John Simila was in charge of Homeland Security and Marian Rubin was in charge of Health and Human Services.  Hannah Cornell led the pack as Prime Minister with Ellen Robinson coordinating the labor policies.

The home team of Villanova won the conference and would later go on to be announced the global winner as well.